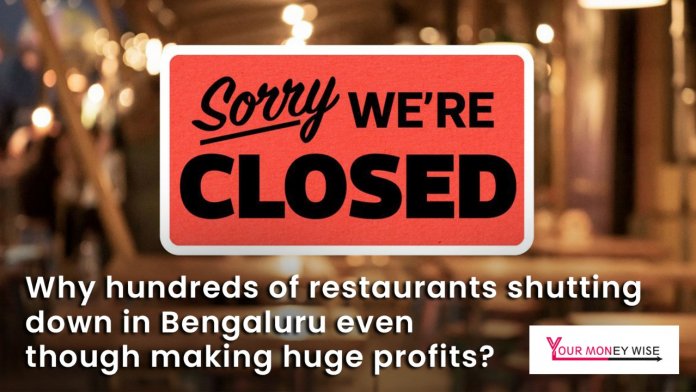 Restaurants business in Bangalore has gone towards the worst in the last two years. After The Smoke Co, Bflat Bar and Restaurant and The Humming tree, Monkey Bar in Indra Nagar going to shut down its service from November 24th Onwards and many more restaurants going to close their services very soon even though they are making profits.

Here are the reasons behind that

Also Read: Why Termination of ELAVARASAN RAJA from Cognizant became a Big Issue?

Earn Money Online without Investment by Typing in India