ITR claim: A dishonest claim of tax refunds by misreporting or showing false losses in a purpose to lower taxable income is an unlawful activity which leads to hefty penalties. If you are not so sure about this statement, then you are free to search for Section 270 of Income Tax Act which was modified in the last budget, just after demonetization in order to make sure that no one will try to do misreporting and under-reporting of income just to lower their taxable income and if anyone will do it, he/she will be largely penalized. Recently, the income tax department has searched a racket of fraud employees of reputed companies who have claimed for tax refunds and it is reported that the claim was totally false. The experts stated that the percentage of hefty penalties which must be given by the fraudulent person starts from 50% to 200% of tax evaded.

In order to warn everyone, an advisory has been issued by the income tax department which states that among all the salaried taxpayers, whosoever will try to evade tax by getting involved in the fraudulent activity of misreporting or under-reporting will be penalized heavily according to the law. Various cases are been followed by the advisory, recently the case of Bengaluru came to light about the salaried employees of reputed companies claiming income tax returns by showing false income or reduction to claim tax refunds. It appeared that tax mediators were behind this fraudulent act as they assisted and in fact encouraged the employees to file the false income tax return claim and the loss under the head income from house property had been misreported or falsely claimed, in an aim to file fraudulent tax refund claims.

According to Section 270A, in case of under-reporting of income on account of misreporting of income, the penalty will be imposed at the rate of up to 200% of tax payable on under-reported income. So, you should be aware while filing the income tax return and make sure that it is accurate and you are filing it on time. Because of these fraudulent cases of false income tax return claim, the changes have been made in form 1 of income tax return in with much more information of house property income and salary has been added than before. Even Sahaj or ITR-1 changed the form for filing returns in FY17-18 and now they also ask for specific salary details. Salary details such as the value of perquisites, allowances that are not exempt, deductions claimed under section 16 and profit in lieu of salary to be filled in separate fields. Earlier, only the total salary amount was asked by Sahaj in its form but now the new Sahaj form asks added questions too, such as income from property such as gross rent receivable/ received/ lettable value; the return filer to provide, where applicable; annual value; tax paid to local authorities; income chargeable under the head house property and interest payable on borrowed capital. These are all the cautions taken by the tax department in order to detect the under or misreporting of income by salaried taxpayers.

Illustrations of misrepresentation of income

(a) Becoming unsuccessful in recording investments in the books of account.

(c) Any False entry record in the books of account.

(f) Unsuccessful recording of any receipt in the books of the account having a total income relevance.

Brief of Penalties under the Income Tax Act

1. Failure in making payment of tax

The Assessing Officer will decide the amount of the penalty be chargeable. Although, the amount will not overreach the tax in arrears amount.

2. Unsuccessful in maintaining books of accounts and other documents

Also Read: Aadhar Card for Property Registration in India? It’s Easy If You Do It Smart 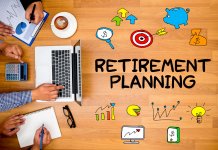 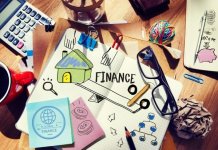 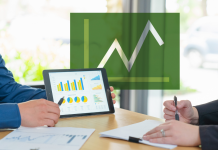 ZestMoney – Digital EMI for everyone

Best Advice to Follow Before starting a Small Trading Business