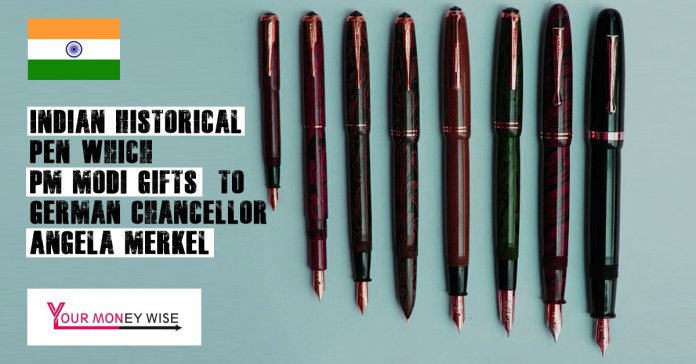 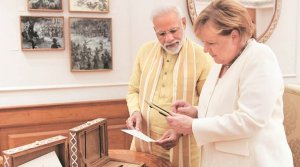 Prime Minister Narendra Modi gifted a pen to German Chancellor Angela Merkel on a recent visit to India. It’s not Mont Blanc or Parker. It is a beautiful Indian pen that has a history of more than eight decades and the legacy of three generations.

Raja Mahendravaram is the birthplace of this pen that has gained international recognition.

In India before independence, ink pens were manufactured by importing spare parts from the different countries.

In 1932, an imported pen of Mr.Krishnamacharya, joint sub judge of Godavari District, Andra Pradesh accidentally has broken his pen which was made with 14 carrots of gold and that was repaired by KV Rathnam and his brother Sathyam which impressed the Sub Judge a lot.

With the financial support of Sub Judge Mr.Krishnamachrya, KV Ratham and his brother started the manufacturing of pens in Rajamahendravaram with gold and silver materials in 1932.

In 1935 President of All India Rural Industries Federation JC Kumarappa ordered 2 pens and stayed in Rajamahendravaram for 3 days to get those pens. One of the pens was gifted to freedom fighter Mahatma Gandhi. Gandhi appreciated the use of a pen and wrote a congratulatory letter to the KV Ratham on July 16, 1935. 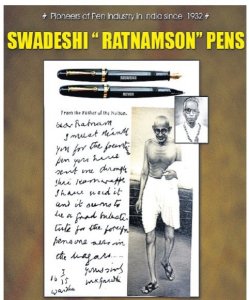 Also Read: Here is the Rajasthan Cop Who Founded a school for kids who use to beg on streets, 450 children will be educated

Also Read: The Most Expensive Fish You Can Have

Also Read: Think a Thousand Times Before Sharing These Things, Might Give You Big Trouble

70 Pakistan Citizens died by Train fire accident as explosion of a gas cylinder...

Top 3 Expert Tips To Grow Your Sales In The Pandemic