The Indian National Committee for Space Research (INCOSPAR) was established in 1962 under the Department of Atomic Energy (DAE).

After a year INCOSPAR was formed, in 1963, Indian launched its first rocket into space at that time they were transporting the parts to be assembled by bicycle, First sounding rocket, meant for probing the upper atmosphere  launched from the Thumba Equatorial Rocket Launching Station in the fishing village of Thumba, Kerala, now known as the Vikram Sarabhai Space Centre.

India’s first satellite ever launched was named as Aryabhata spacecraft. Though it was completely designed and fabricated in India, it was launched onboard the Soviet Kosmos-3M rocket on April 19, 1975.

Our first experimental satellite launch vehicle, a solid four-stage rocket weighing 17 tonnes, and capable of placing 40 kg class payloads in Low-Earth Orbit was launched on July 18, 1980, from the Sriharikota Range, with the Rohini satellite RS-1 on board. 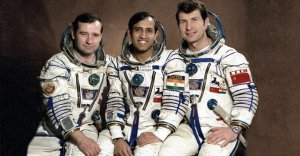 Indian astronaut Rakesh Sharma was part of a joint manned mission between India and the Soviet Union, in 1984, he spent eight days onboard the Russian space station Salyut 7, making him the only Indian national to date to ever go to space.

In 1999, the PSLV launched for orbit with three different satellites on board, one Indian, one German, one Korean.  It was the first time ever launched more than one satellite at a time.

Chandrayaan-1 was the first Indian lunar probe launched by the Indian Space Research Organisation in October 2008 and operated until August 2009. Mission Chandrayaan-2  is the second lunar exploration mission developed by the Indian Space Research Organisation (ISRO) main scientific objective is to map and study the variations in lunar surface composition, as well as the location and abundance of lunar water.

How to Apply for PAN Card Online?- Steps Required

Health Insurance or Medical Loan: Which to Pick?

5 Small Business Founders Who Found Success After Leaving Their Full-time...